The cleaners of the Barbican Centre are protesting today against MITIE’s disgusting threats to dismiss them if they protest. The cleaners are also demanding the London Living Wage of £9.15 per hour and proper contractual sick pay.

The cleaners at the Barbican Centre are members of the United Voices of the World (UVW) trade union which is a grassroots, member-led union with no paid officials and almost entirely comprised of low paid migrant workers in London’s service sector. After a hard fought for successful campaign for the London Living Wage (LLW) back in 2012/13 (which is the subject of a film called Waging a Living in London) the cleaners are still being paid the old rate of £8.80 per hour.

Come along in solidarity. 4pm at the Common House to have a coffee with us and go together to the Barbican or meet us directly at 5.30pm at the Barbican. 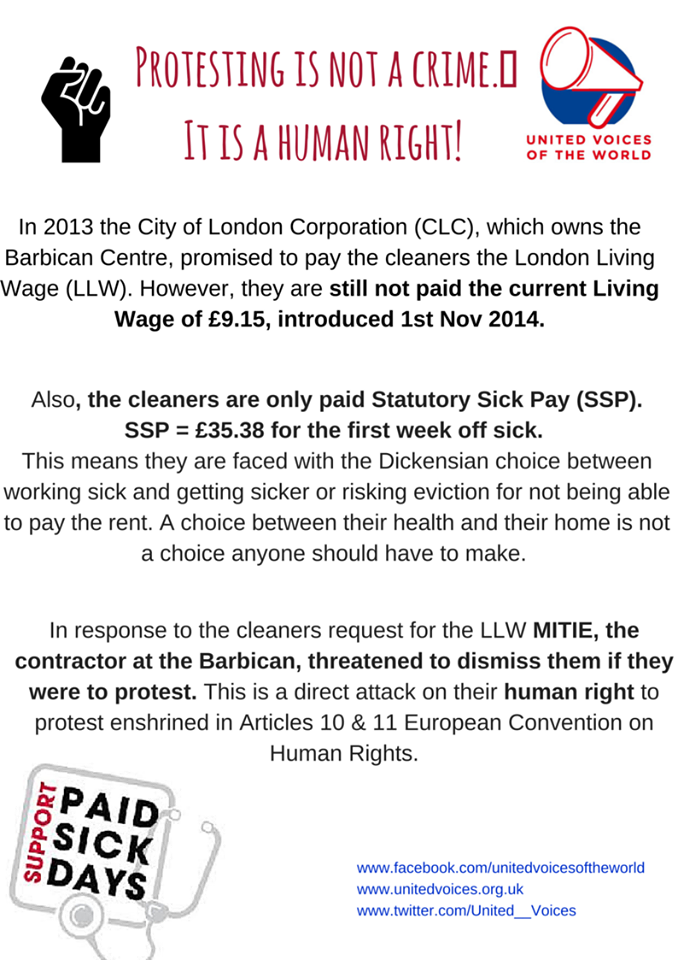